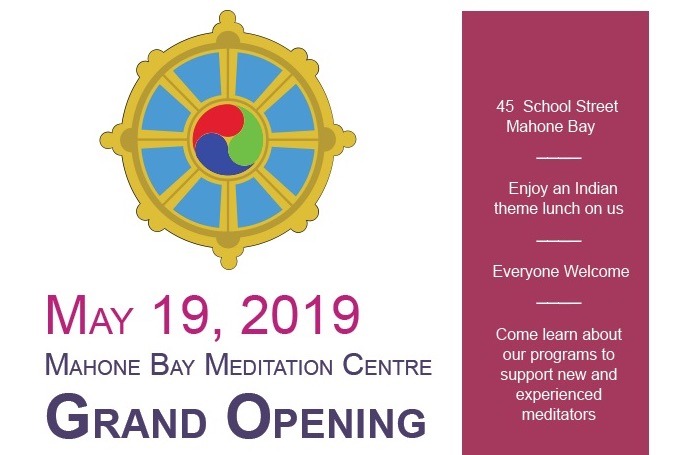 On Sunday May 19th 2019 we officially celebrated the opening of the all-new MBMC.

The Sunday morning meditation ran from 9am till 11:15am and was followed by an open house to celebrate the open space.  May 19th was also Vesakha Day, the festival commemorating the birth, enlightenment and death of Gautama Buddha.

There was an Indian themed potluck lunch at noon to which the the public was invited.  MBMC members and friends brought dishes to share with others.  The buffet included:

Approximately 60 members, friends, and guests were welcomed and fed.